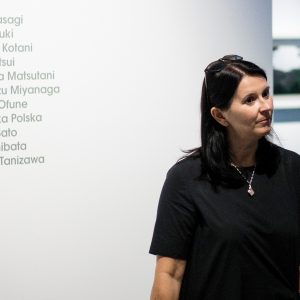 Katarzyna Nowak has been associated with the Manggha Museum of Japanese Art and Technology since its beginning - she began work at the Manggha Center in 1995, earning further professional degrees: assistant, senior assistant, curator, head of the division, deputy director. For many years he has been building a program of mutual relations between Poland and Japan, cooperating with the Embassy of Japan in Poland, universities in Poland and Japan, smaller cultural centers. A graduate of Polish studies (master's thesis on the relations between Poland and Japan in the period) and Museum Curatorial Studies at the Jagiellonian University.